The IBC Executive Leadership Team is responsible for carrying out the goals and strategies of the organization. 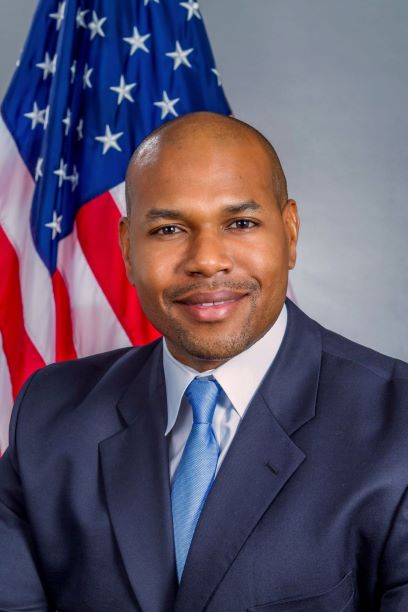 Byron M. Adkins, Jr., is the Director of the Department of the Interior's Interior Business Center. He came to IBC with over 17 years of public and military service (U.S. Army). As the IBC Director, Byron is responsible for leading the delivery of shared services to support Interior offices and bureaus, as well as over 150 other federal agencies. He oversees a workforce of 900+ personnel charged with the mission of providing business support services to client agencies so they may focus on achieving their missions.

Prior to IBC, Byron served as the Director of the Office of Facilities and Environmental Quality (OFEQ) in the Office of the Secretary, U.S. Department of Commerce. In this position, he oversaw Departmental policy, programs, and operational functions. Before his appointment at the U.S. Department of Commerce, Byron served as the Deputy Director of the Eastern Business Service Center, at the USDA Agricultural Research Service overseeing the facilities management, acquisitions, and information technology directorates.

Byron started his career with the City of Richmond (Richmond, VA), Department of Public Utilities as an electrical engineer and was later commissioned into the U.S. Army Corps of Engineers where he served in a number of assignments located around the world. After completing his of military service, he joined the private sector and supported the U.S. Army Research Development and Engineering Command as a project manager.

Byron holds a Bachelor of Science in Electrical Engineering from North Carolina A&T State University and is a certified Project Management Professional. He is an alumnus of the Harvard University Executive Education Program for Senior Executive Fellows and has received an MPA from Troy University and an MBA from George Washington University. Byron is married, and he has two children.

With nearly 20 years of professional career experience (11 with the federal government), she is recognized as an expert in cost reduction and program efficiencies which result in improved management of organizational and budget resources to eliminate waste, streamline processes, and implement continuous improvement processes.

Quan began her federal career as a Team Lead at the U. S. Department of Homeland Security, Federal Emergency Management Agency (FEMA), Office of the Chief Procurement Officer where she led enterprise management of acquisition spend valued at $11B for sustainable operations for information technology (IT) services, professional services, office supplies, software licenses, relocation, financial management, and logistics management. In 2013, she was selected for a detail assignment with the Executive Office of the President, Office of Management and Budget (OMB) as a policy analyst with the Office of Federal Procurement Policy supporting OMB’s Government-wide Federal Strategic Sourcing Initiative (FSSI).

Before the federal government, Quan worked for the private sector, state government, and non-profit organizations and held various professional positions, gaining extensive experience in project management, business process improvement, supply chain management, and cost reduction management for global and geographically separated organizations. Quan holds a Master of Business Administration from Strayer University, a Bachelor of Science in Psychology from Virginia Tech, and is a certified Project Management Professional (PMP®). She is a native of Richmond, Virginia, and currently lives in Fredericksburg, Virginia, with her husband, Johnny, and they have three adult children.

In 2015, Caroline graduated from the University of Virginia, Sorensen Institute’s flagship Political Leaders Program. This leadership development program is for Virginians interested in becoming more active in public service, whether as community leaders or as elected officials. Caroline was appointed to the Arlington County Commission on the Status of Women in 2008, and she is currently serving as the Commission Chair. Caroline holds a Juris Doctorate from Mercer University, Walter F. George School of Law, and is a member of the State Bar of Georgia. She obtained her Bachelor of Arts degree in Sociology and Women’s Studies from Augusta State University.

Caroline has extensive experience working with community service organizations that support survivors of sexual violence. In 2012, she founded Rally Against Rape and Sexual Assault – a grassroots, community-action project dedicated to combating sexual violence and raising awareness about the prevalence of rape and sexual assault in Northern Virginia. Caroline has served as an advocate with the D.C. Rape Crisis Center and as a clinic escort with the Washington Area Clinic Defense Task Force. Caroline lives in Arlington with her husband, John-Alex Romano, and their son, Theodore.

Matt Costello is Associate Director for Enterprise Management at the Interior Business Center. Matt has been with IBC since March of 2017, and with the Department of the Interior since 2001.

Beginning his federal career as an Ethics Advisor in the Departmental Ethics Office and Associate Deputy Ethics Counselor for the Assistant Secretary for Indian Affairs, Matt also served as Ethics Counselor to DOI’s senior political leadership. In 2009, Matt moved to the Office of Collaborative Action and Dispute Resolution (CADR) serving as Senior Advisor, Deputy Director, and then Acting Director of the Office. Leading the Department’s Integrated Conflict Management System known as CORE PLUS, Matt oversaw implementation of the Department’s Organizational Ombuds program and the development of the Department’s first ever contracting vehicle for public engagement and environmental collaboration services.

During his time with CADR, Matt also served a detail as Chief of Staff to the Deputy Assistant Secretary for Technology, Information and Business Service. During this time he supported the reorganization and rebranding of the then National Business Center to the interior Business Center, supported the Department’s IT Transformation efforts to centralize core IT functions, led the development and publication of the Department’s three Open Government plans, and worked on the renovation of the Bison Bistro and the creation of the Fingerprints Child Care Center.

Matt is a graduate of the DOI’s Senior Executive Service Candidate Development Program, Class 18, and has a Bachelor of Arts in Philosophy from St. Mary’s College of Maryland. Matt lives in Washington, D.C., with his wife Julia and young son Jackson.

Sharon Roberts is the Associate Director of the Interior Business Center’s Acquisition Services Directorate. Her responsibilities include the oversight of a wide range of mission critical acquisition support services.

Sharon brings an extensive background in leading federal personnel and acquisition programs, to include leveraging innovation and technological solutions to improve organizational and program performance. Sharon’s distinguished professional career includes dual service in a civil service capacity while at the same time serving as an Officer in United States Army Reserve. Although retired from the US Army Reserves, she continues her public service dedication as a federal civilian. Sharon first joined IBC more than eight years ago, as AQD’s Deputy Associate Director and Bureau Procurement Chief. 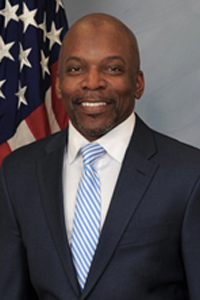 W. “Baze” Bazemore is the Associate Director of the Interior Business Center’s Financial Management Directorate. His responsibilities include the delivery of accounting operations, financial systems implementations, travel, charge card and other services to over seventy customers throughout the Department of the Interior and external government agencies.

Baze began his professional career in the United States Marine Corps where he served 23 years as a Communications and Information Systems Officer including managing deployments of Pay, Personnel, and Accounting Systems at the Defense Finance and Accounting Service (DFAS) in Kansas City. He has over 25 years of experience in managing IT infrastructure, telecommunications, systems implementation and other technology intensive programs in support of federal – civilian agencies and Department of Defense – and state organizations. Baze joined IBC in May of 2016 as the Project Management Branch Chief and later became the Deputy Associate Director. He is a 2019 graduate of the Federal Executive Institute and holds Master of Science Degrees in Information Technology Management and Systems Engineering from the Naval Postgraduate School and George Washington University respectively. 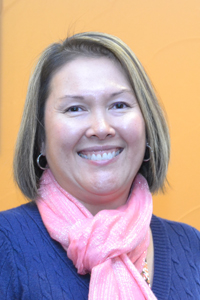 Julie Bednar is the Associate Director of the Interior Business Center’s Human Resources Directorate. Her responsibilities include the oversight of the full breadth of Human Resources services.

Julie began her federal civilian career in 1991 as a GS-4 secretary with the Internal Revenue Service in Denver. Julie joined IBC in 2001, starting as an HR Specialist. She quickly rose through the ranks to Lead HR Specialist, HR Supervisor, HR Officer, IBC’s HR Deputy Associate Director, and culminating in her current position as IBC’s HR Associate Director. Her wide range of experience in federal human resources includes all fields of HR including classification, staffing, benefits, employee relations, labor relations and HR systems.