Interior this week released new guidance to improve federal stewardship of public lands, waters and wildlife by strengthening the role of Tribal governments and Native entities in federal land management. Interior is charged with trust responsibility and treaty rights to protect American Indian and Alaska Native Tribal interests and further the nation-to-nation relationship and has distinct obligations to the Native Hawaiian Community. New guidance from the Bureau of Land Management, the National Park Service, and the U.S. Fish and Wildlife Service outlines how each bureau will facilitate and support agreements with Tribes when it comes to federal lands and waters.

Interior this week announced a new proposed rule from the Bureau of Safety and Environmental Enforcement. It would ensure offshore oil and gas operations on the Outer Continental Shelf are conducted with the highest safety and oversight standards. The proposed rule builds on reforms instituted by Interior after the 2010 Deepwater Horizon tragedy which killed 11 offshore workers, caused billions of dollars of damage, and made lasting impacts to the environmental landscape in the Gulf of Mexico.

Secretary Haaland joined leaders from across the federal government this week to highlight new steps the Biden-Harris administration is taking to spur the offshore wind economy and help ensure that the transition to a clean energy future creates good-paying union jobs. The Bureau of Ocean Energy Management is setting a new goal to deploy 15 gigawatts of installed floating offshore wind capacity by 2035 – enough energy to power more than 5 million American homes.

Members of the Biden-Harris administration’s Wildland Fire Mitigation and Management Commission met for the first time this week in Salt Lake City, Utah. They're crafting federal policy recommendations and strategies on ways to better prevent, manage, suppress and recover from record wildfires across the West. Secretary Haaland is a co-chair of that commission, which was created by President Biden’s Bipartisan Infrastructure Law.

Interior Senior Advisor and Infrastructure Coordinator Winnie Stachelberg was on hand this week in Maine as the U.S. Fish and Wildlife Service and partners broke ground on a restoration effort funded by the Bipartisan Infrastructure Law. Two dams will be removed on the Sabattus River, restoring habitat for fish and wildlife, increasing public safety, and reducing flood risk for communities around the towns of Lisbon and Sabattus.

The Fish and Wildlife Service this week announced the final 2022-2023 Station-Specific Hunting and Sport Fishing Regulation. That's an annual update to regulations at individual National Wildlife Refuges and National Fish Hatcheries. The rule will open or expand 109 hunting or sport fishing opportunities on approximately 38,000 acres across 18 refuges.

The U.S. Geological Survey this week announced nearly $4 million in investments to improve urban land and waters in 15 cities across the nation. The projects include monitoring to alert homeowners to threats from floods and other water emergencies, assessing contaminants in urban waterways to improve public health, and more. USGS will provide $1.5 million in funding with an additional $2.5 million in matching funds from the Urban Waters Federal Partnership.

And our social media Picture of Week, a view like no other from Guadalupe Peak, the highest point in the state of Texas at 8,751 feet. Located in Guadalupe Mountains National Park, the peak provides fantastic vista from the "top of Texas," with a tremendous view of the surrounding mountains and desert.

This Week: Interior set to improve federal stewardship of public lands, waters and wildlife by strengthening the role of Tribal governments and Native entities; a new proposed rule would ensure oil and gas operations on the Outer Continental Shelf are conducted with the highest safety and oversight standards; the Biden-Harris administration is taking new steps to spur the clean energy economy and create good-paying union jobs; the new Wildland Fire Mitigation and Management Commission meets to craft firefighting and prevention strategies; removal of two dams on a Maine river will restore habitat for fish and wildlife; a new rule to expand hunting and fishing on 38,000 acres across 18 National Wildlife Refuges is out; USGS announces nearly $4 million in investments to improve urban land and waters in 15 cities across the nation; Valle de Oro National Wildlife Refuge celebrates its 10th birthday and the grand opening of its new visitor center; and our social media Picture of the Week takes you to the "top of Texas!" 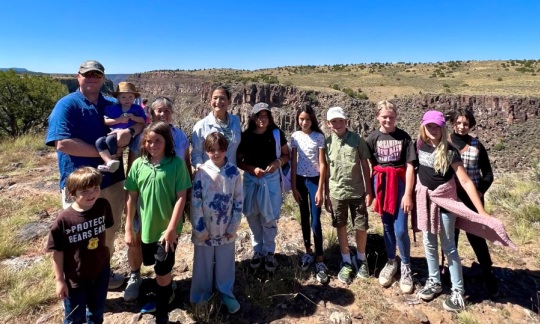 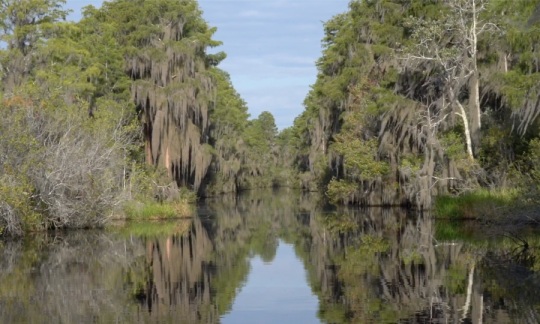 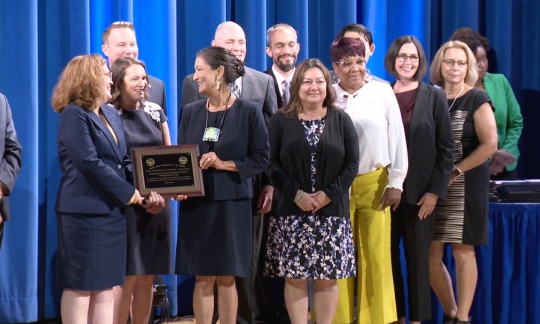