Interior this week commemorated the completion of a major component of the Navajo-Gallup Water Supply Project that will deliver water to more than 1,500 households within the Navajo Nation and Jicarilla Apache Nation. Assistant Secretary for Water and Science Tanya Trujillo joined Tribal leaders to celebrate the transfer of responsibilities of the Bureau of Reclamation-owned reaches of the project to the Navajo Nation and Navajo Tribal Utility Authority. President Biden's Bipartisan Infrastructure Law provided $123 million for design and construction of this project, which is one of several investments Interior is making to water infrastructure projects in the area.

The Bureau of Ocean Energy Management this week announced an environmental review of Maryland's first proposed offshore wind energy project. The lease area, located about 10 nautical miles off the coast of Ocean City, could support nearly 2700 jobs annually over seven years, and power up to 650,000 homes.

In celebration of Great Outdoors Month and National Trails Day, Secretary Haaland has designated nine new national recreation trails in seven states, adding nearly 600 miles to the National Trails System. The newly designated trails join a network of more than 1,300 existing national recreation trails, which can be found in every U.S. state, the District of Columbia and Puerto Rico.

Principal Deputy Assistant Secretary for Policy, Management and Budget Joan Mooney traveled to the National Interagency Fire Center in Idaho this week to meet with leadership and staff from Bureau fire directors as well as the Offices of Wildland Fire, Aviation Services, Emergency Management, Law Enforcement and Security, and the Interagency Borderland and Field Communications Coordinator to learn how Interior is responding to emergencies and how we are preparing for and responding to wildland fire.

The Bureau of Safety and Environmental Enforcement’s National Oil Spill Response Research and Renewable Energy Test Facility has reopened. The facility, known as Ohmsett, underwent significant refurbishment over the past eight months as part of BSEE’s ongoing maintenance plan.

The U.S. Fish and Wildlife Service this week is proposing revising regulations to allow for the introduction of threatened or endangered species to suitable habitats outside of their historical ranges. That will help imperiled species recover as they face the growing impacts of climate change and invasive species.

The Fish and Wildlife Service joined the U.S. Navy this week to honor World War II veterans on the 80th anniversary of the Battle of Midway. Ceremonies were held at Midway Atoll National Wildlife Refuge and the National Memorial Cemetery of the Pacific in Honolulu.

And our social media Picture of the Week comes from the Seedskadee National Wildlife Refuge in Wyoming, as we celebrate Fishing and Boating Week. Fishing is a great way to spend time with friends and family and enjoy America’s public waters, and when anglers buy a fishing license, they directly support conservation. 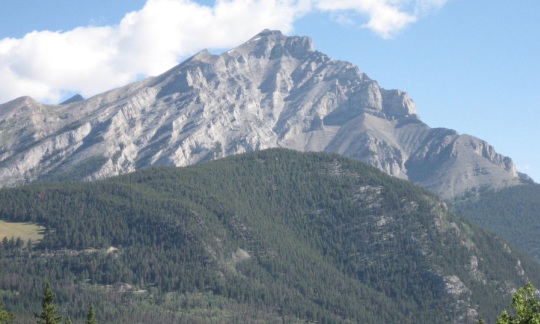 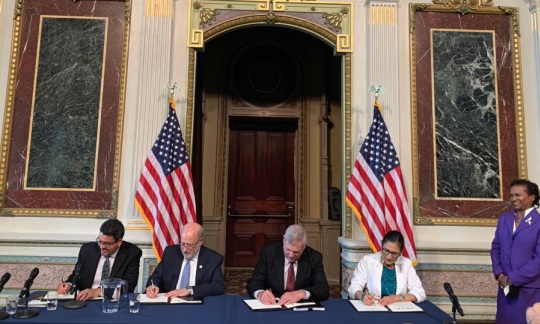 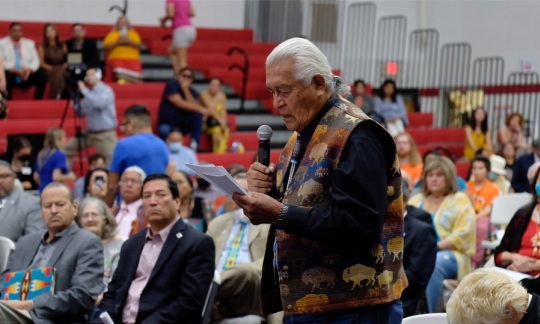