Fire is one of nature’s most powerful forces. While fire can be destructive, it can also be rejuvenating and a partner to the stewards of our nation’s public lands. Land management agencies like the Bureau of Land Management, the National Park Service, the U.S. Fish and Wildlife Service, the Bureau of Indian Affairs and the U.S. Forest Service have fire program responsibilities on more than 700 million acres of lands across the country. Working with fire is just part of the job.

How do wildfires start?

Wildfires can be caused by nature -- mostly due to lightning strikes -- but the vast majority are caused by humans. Research estimates that nearly 85 percent of wildland fires in the United States are caused by people. Some human-caused fires result from campfires left unattended, the burning of debris or intentional acts of arson. Fires can also be caused unintentionally by heat and sparks from vehicles and equipment. Public education and personal responsibility can greatly reduce the number of wildfires each year. Learn how to enjoy public lands responsibly.

How big of a threat are wildfires?

Every year, wildfires burn millions of acres across the country. In 2018 alone, the cost of fighting fires and the value of property destroyed exceeded $3 billion. Fires know no borders. As development pushes neighborhoods into natural areas (called Wildland-Urban Interface), the need to protect people and property in this vulnerable area increases. These communities require additional fire prevention strategies and faster fire suppression responses. An increase in funds dedicated to firefighting drains money away from the other priorities of land management agencies.

How do you fight wildfires?

Wildfires have grown in intensity over the years, in part due to increased fuel loads on the ground. Fighting them is a difficult, dangerous and expensive process, especially when the fires are on steep inclines in mountainous regions. Wildland fire experts have to assess the terrain, weather, fuel, resources and the size and behavior of the fire. Firefighter and public safety is always the top priority. Firebreaks created at the right locations and targeted water drops from helicopters and airplanes are carefully coordinated to contain and suppress a fire. Large fires can require hundreds of personnel and millions of dollars of equipment. The National Interagency Fire Center in Boise, Idaho, is the nation’s coordination center for wildland firefighting and is responsible for managing fire responses and resources like “smokejumpers.”

How do wildfires affect wildlife?

Animals, like people, know all the ways in and out of their homes and have a range of reactions to fire. Most animals have the ability to move away from fire if necessary. Birds fly. Land mammals walk and run. Amphibians and reptiles retreat into wet areas and burrow under logs or rocks. Although fire sometimes kills individual animals, it doesn’t destroy populations or species. In most fires, the majority of wildlife remain unharmed and many benefit from thinned landscapes and less competition. Learn more about wildlife and prescribed fire.

Invasive species can increase the risk of wildfires by taking over areas, throwing off the natural balance and providing potential blazes with an abundance of fuel. They also threaten native plant and wildlife populations and their habitats, and impact recreational opportunities on public lands. After a wildfire passes through an area, the Burned Area Rehabilitation Program jump-starts landscape recovery by nurturing native plants and eliminating invasive plants that damage ecosystems. Many invasive plants, insects and other types of animals, pathogens and parasites are already well-established within the United States and more are discovered each year. Prevention and removal strategies have been implemented with the cooperation of state, local and private groups, but the fight continues.

Is fire good for forests and grasslands?

Fire has always been a natural process that is essential to healthy ecological systems. In the early 1900s, land management agencies sought to suppress all fires in an effort to preserve the timber supply. Over the decades, fire exclusion led to more living and dead vegetation on the landscape, increasing the fuel and as a result, the risk of large wildfires in our forests, rangelands and near communities. To reverse this trend, fire needed to be reintroduced to improve the ecological health and resiliency of our public lands in a safe and controlled manner. Prescribed fire (also called controlled burning) is an important tool to help reduce wildfire risk to communities and restore natural ecological processes. Expert staff at public lands regularly execute prescribed fires before wildfire season as an important preventative measure.

What happens to the landscape after a fire?

After decades of study, we’ve learned that fires can have positive results. A burned tree is not wasted. It can provide nesting sites for birds, homes for small mammals and a base for new plants to grow. Burned trees can also be salvaged and sold, along with other forest products, supporting active land management and surrounding communities. When the dead tree begins to decay, it releases nutrients into the soil, enhancing growth of surrounding flora. Fire can also be very damaging to natural areas though. When fires burn too hot the land may become scorched and plant life may struggle to regrow, negatively impacting wildlife and the riparian areas. The benefits or harm derived from fire can vary greatly from one plant community to another. In the United States, all ecosystems have been affected to some degree by fire.

Learn more about how to explore nature responsibly and be prepared for fire season. 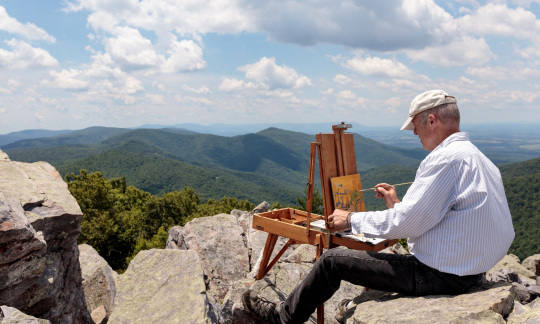